Commuters driving down Route 123 in Tysons this morning (Tuesday) might have caught an unusual sight: a double-decker bus emblazoned with a Union Jack ascending into the air via a massive crane.

The bus was one of three vehicles installed in The Perch, the sky park that opened at Capital One Center at the end of August.

A post on the mixed-use development’s Instagram page also contains pictures and video footage captured by NBC4 of the crane lifting a 1947 Flxible bus and an Airstream caravan 11 stories in the air to the park on top of Capital One Hall.

A Capital One Center spokesperson confirmed that the vehicles will be repurposed as food trucks as part of The Perch’s second phase, which will feature an 18-hole “Perch Putt” mini golf course as well as the food trucks.

The tenant that will operate the food trucks remains “to be named,” the spokesperson said.

The second phase of The Perch is scheduled to open in spring 2022. The 2.5-acre park is anchored by Starr Hill Biergarten and already features bocce ball pits, a dog park, and an amphitheater.

Check out the Capital One project here 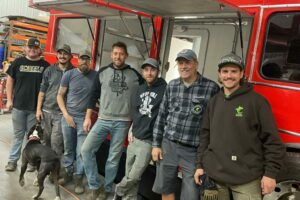 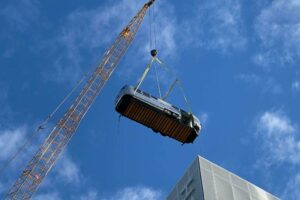 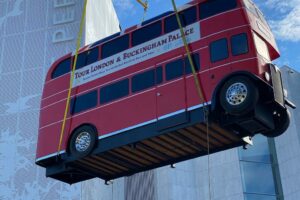 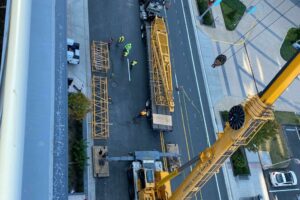 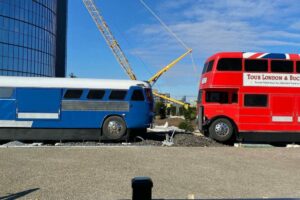 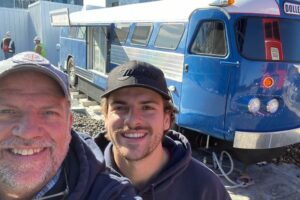 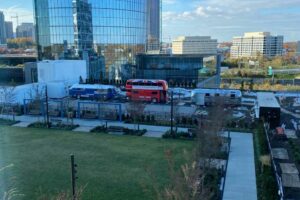 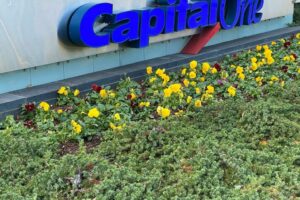