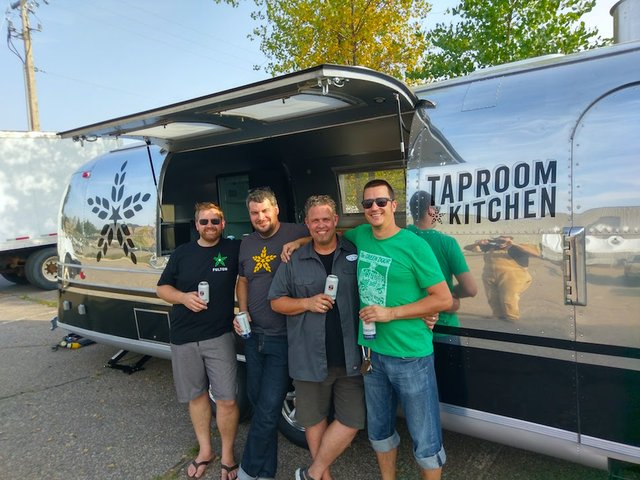 It’s kind of like going home for this crew. I personally remember wandering into Corner Table when it was under the original ownership of Scott Pampuch, and seeing a well-fed boisterous table of what would become Fulton Brewing. It was their neighborhood clubhouse as they plotted and planned their future beerisphere. So it makes total sense that Pampuch is now, officially, one of the gang. He’s been hired as the full-time Executive Chef of Fulton Brewing and he’s got a shiny new kitchen to play with.The team found an old Airstream in Ohio and had it restored, then brought it up here to have Chameleon Concessions turn it into one heckuva kitchen that will stay parked at their North Loop taproom. It’s dead sexy with double sided pass-through windows, a grill, and a vertical meat roaster. For porchetta. Yep.