MINNEAPOLIS — Fulton Taproom in the North Loop will soon be serving its own food out of a refurbished Airstream. 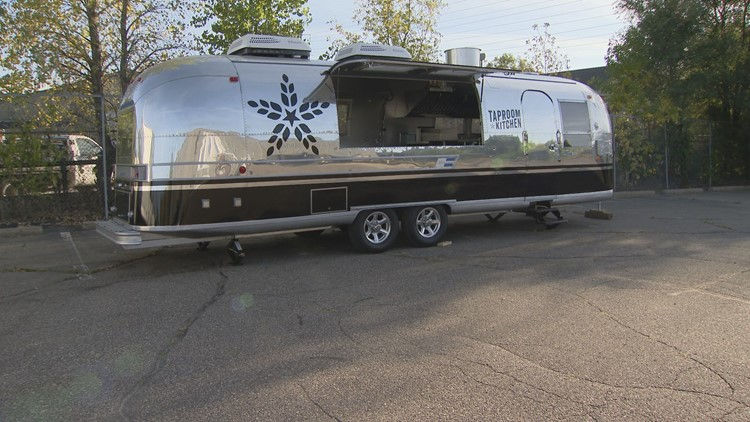 Starting Tuesday, the taproom kitchen will be open for business.

“Food trucks have played a huge role in what the taproom’s done to date and we just wanted to kind of take that to the next level by bringing the food in-house,” said Jim Diley, Fulton Brewing’s chief operating officer.

In order to make it happen, they found a 1968 Airstream in Ohio and had Chameleon Concessions in Minneapolis turn it into a kitchen. They then hired Scott Pampuch, original owner of Corner Table, as their executive chef.

The taproom kitchen was moved Sunday night from northeast Minneapolis to the Fulton Taproom.

“The mantra of Fulton has always been ordinary guys and extraordinary beer and we want to continue that through the food,” Pampuch said. “So the food is going to be sausages, sandwiches and beer and that is going to be the beginning of this.”

Unlike a food truck, the taproom kitchen will stay parked at the Fulton Taproom. It will only potentially move for Fulton events.

“The idea of a food truck at a brewery isn’t new and this is kind of a mix of a food truck and a restaurant all put into what we’re calling a kitchen. The idea really started when we were brewing in the Fulton neighborhood as homebrewers. You can’t have a great brew day without some great food,” Diley said.

On Sunday night, the refurbished Airstream was moved from northeast Minneapolis to the Fulton Taproom. It’s parked right outside their taproom and will open starting Tuesday during normal taproom hours.